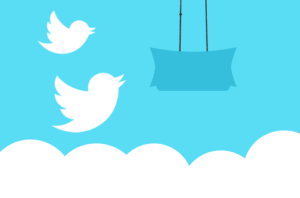 Twitter announced Monday they will be showing live programming with 24/7 channels and news outlets, according to Marketing Land. Also, Twitter’s Amplify feature will offer advertisement opportunity to ride with the new shows. Revenue from ads will be split between Twitter and the other channels used for the programming, like BuzzFeed or Bloomberg. There will be three show categories: entertainment, sports, and news.

Twitter’s news format will show a variety of programs culminating in the debut of a 24-hour a day stream from Bloomberg News in the fall. The morning schedule will include aBuzzFeed show called “Morning Feed” and a business news show, called “Opening Bell,” from Cheddar. Additionally, a weekly Vox Media tech show, called “Circuit Breaker: The Verge’s Gadget Show,” will be streamed weekly.

The Sports programming will include college and professional sportscasting, a mix of live games and re-showings of classic games accompanied by in-studio commentary programs.Also, MLB Advanced Media will provide three hours of baseball news. Live NFL videos will be shown Thursday through Sunday during the league’s in-season time with traditional analysts’ game previews, evaluating teams and players followed by discussions about fantasy football results. Finally, WNBA regular games will be shown through the 2019 season.

Twitter’s entertainment selection will not be a 24/7 outlet like its news and sports.Live entertainment news and other features will be streamed, such as the Live Nation concerts, starting with the Zac Brown Band showing on May 13 in Atlanta.IMG Fashion will be shown from the runway along with backstage views and other world-wide features from Fashion week.