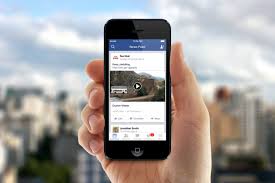 Facebook is trying to attract video ad dollars. They are pushing for having the sound on automatically, and putting up TV apps, according to an article in marketingland.com

Users can still turn the sound off by silencing their phones or selecting that option in the FB settings.

FB is attempting to boost their sales with major advertising players like Unilever and GroupM who demand only sound-on video ads.

For those users who don’t care to hear the ads, FB is stated it may go the route of subtitles,
hoping to safely mollify both the viewer-base and the ad-base.

Snapchat raised a dissenting voice stating that at least two-thirds of its viewers ran video ads with the sound on. Snapchat already uses the automatic sound-on feature with all its video advertisers. Maybe its users are willing to listen to the short ads because it is just easier than trying to find the off feature buried somewhere in the settings of Snapchat.

FB has been experimenting with the sound-on feature with users outside the US and the results show that about 70 percent of them left the sound on. FB hopes that turning on the sound will recover some of the ad dollars they have lost recently.

In addition, another marketing idea presented by the social media titan is TV apps. These new FB apps will be for Apple TV, Amazon Fire TV and Samsung Smart TV. At first, advertisements will not be included in these apps. Whether or not that policy will remain in place is not known.

Team KiO -
If you’re just entering the world of mobile SEO, it’s a good start to know exactly what mobile SEO is. Mobile SEO is different...

SEO Marketing For Beginners: 3 Ways to Improve Your Online Presence...

How Important is A Website Redesign? 3 Ways A Redesign Can...

Google vs. Bing: Making Your Restoration Company the First Result on...