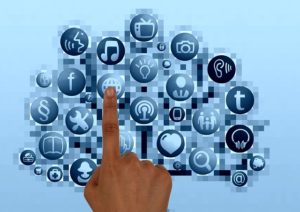 While South Texas has just started to clean up the multi-billion dollar mess left in the wake of Hurricane Harvey, people on social media platforms are watching Hurricane Irma as she trudges across the Atlantic towards Florida. This Category 5 storm is cutting a watery swath with no evidence of veering just now.

Platforms like Twitter and Facebook are alive with information and images about this massive storm. The National Hurricane Center has measured wind speeds of up to 185 miles per hour, making Irma the most powerful storm the NHC has ever seen in open Atlantic waters. This could worsen by the time the storm reaches Florida.

Governor Rick Scott has declared a state of emergency for the whole state. All National Guard troops are expected to be activated on Sept 8, as the edge of Irma’s cloudy, wind-blown tendrilsbrush over land. Citizens have been advised to check local media, television networks, and even social media for continuous updates as Irma approaches. Mandatory visitor evacuation was issued earlier in the week, followed by citizens’ evacuation.

Social media is also providing bad news to Floridian football fans.The NFL may be forced to move Sunday’s game. Facebook posts from Florida indicate the game between Miami and Tampa Bay will either be rescheduled to another day or moved to a safer location.

Schools and colleges began announcing plans to shutdown on Monday because of the storm, according to the Miami Herald. More information on these closings can be found on Facebook, Twitter, and the school district websites.