We all know that Google is the king of all search engines, and when talking about Search Engine Advertising, most people default to Google Adwords. After all, in 2016 Google answered 2 trillion queries! From cat video searches to philosophical questions, Google tended to all of its user’s needs.

However, there are several others that rarely get the time of day. Google owns roughly 88% of the US search engine market while Yahoo!, and Bing both hover slightly over the 10% mark. While 10% may not sound like a lot, it works out to about 123 million searches per day.

Just like Google and every other search engine in history, these searches range from even more cat videos to people looking to make a buying decision on a product or service.

With millions of searches conducted daily, more business owners should look at Bing as a serious player in the Search Engine Advertising Market.

In fact, it’s a shame that more businesses don’t use bing to advertise their products and services.

Advertisers often overlook Bing because they don’t think that it can give them the same results as Google. While that is true, it’s not exactly a fair comparison. 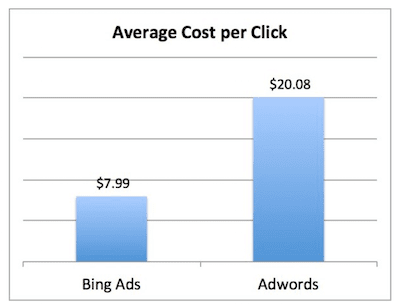 Bing is much cheaper! With lower competition, and a very large search volume Bing can actually turn out to be a gold mine for paid search ads.
The cost-per-click on Bing is drastically less than Google Adwords and usually yields a higher average position in search results.

Example:
When Joe comes home to see that his basement has flooded he immediately pulls out his phone to search Google for “basement water removal”. Joe sees your ad, clicks on it and goes to your website. Whether you get the call or conversion is not important at this stage, whats important is that in this scenario, you can expect to pay anywhere from $40-$65 for Joe clicking on your ad to go to your website.

We’ve already covered market share so we know that everyone doesn’t use Google for search and that about 1 out of 3 of people use Bing.

With this new information, let’s say you go out and start a Bing campaign.
Well, guess what?
Joe’s brother, Tim, gets back from vacation to find that the hot water heater in his attic has been leaking for the past week. He also pulls out his phone to search for help, but on Bing instead of Google.

Wouldn’t ya know it there’s your ad again.
Tim clicks your ad and also goes to your website.

Again, whether he calls you or not is irrelevant at this point. The fact is that Tim clicking on your ad probably cost you between $15-$25.

Keep in mind that just because the click costs less, doesn’t make it any less valuable.
This person still needs your services, the only difference is that you paid far less for them to come to your website.

If both Tim and Joe go to the same landing page, you have about the same chance of landing both jobs but your advertising cost was much higher for one than the other.
Now multiply these numbers by hundreds of clicks per year and the lost ROI might make you a little sick.

Another thing to keep in mind is intent.

Yes, Google is the king of the numbers game, we covered that.

According to one case study, advertisers found that conversions were acquired for 63% less on Bing than Google Adwords. 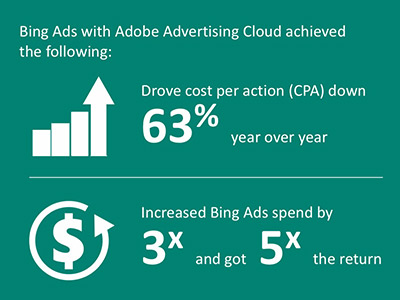 That’s INSANE! Obviously we would expect the customer acquisition to be at least 40% cheaper due to Bing having 40% cheaper clicks.

But the additional 23% must be attributed to intent.

I’ll let you decide. In that same case study they found that their traffic from Google converted at 5% while the Bing traffic converted at 8% with the same landing page and ad copy.

A 3% increase may not sound like a lot but that is HUGE!

Some companies would kill to have a 3% conversion rate.

So yes, according to the data Bing users display substantially different behavior than Google Adwords users.

Why? I don’t know – I’m a marketer not a behavioral psychiatrist!

Nothing in marketing is guaranteed, so you definitely don’t want to shut down your Adwords campaigns and throw all of your budget into Bing.

It doesn’t quite work that way.

The idea here is to not overlook Bing as a serious player in the PPC market.
If you can, it’s always best to test campaigns across both networks and see which performs best. Test, test, and test some more.

Most advertisers have tunnel vision, or lazy, or both and only want to generate clicks from Google – It’s sad, but it’s true.

The truth is, Yahoo and Bing can bring you your desired results cheaper than Google.
Think about it.

If every advertiser is dumping money into Google and ignoring the other search engines that just means less competition for you!

Again, I’m not telling you to go out and stop all of your Adwords campaigns and move your budgets over to Bing. What I am saying is that diversifying your marketing strategy is the best way to be sure that you are getting the best results for your money. If you haven’t at least tried Bing ads and compared them to Google, you could be leaving some serious money on the table. If you haven’t tried Google because you’re a little skittish about the costs-per-click, the Bing would be a perfect place to start or restart your PPC campaigns. An Experienced marketing Agency can help navigate the challenges that inevitably come with any PPC campaign. At Kill it Online, we’ve managed hundreds of Google and Bing campaigns so owe know our way around both platforms pretty well. So if you have any questions, we would be happy to help.

Are You Struggling with Your PPC Campaigns and Online Marketing? Fill Out the Short Form Below to Schedule a Free Consultation with Our Team of Experts. 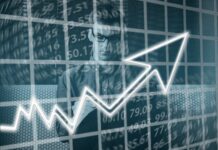 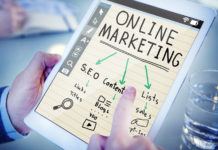 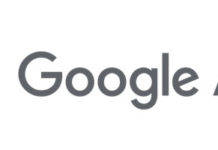