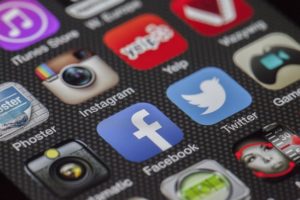 If anyone wants to get the latest information on Hurricane Harvey relief funding, go to social media. When you get onto your favorite platform, do a search. There are several entries on the major outlets that tell you how you can drop your two cents worth into the pot. There is also information on some of the big name celebs who are putting their millions into aid.

First, retired country legend George Strait will don his cowboy hat and guitar once again for a Hurricane Harvey Relief concert. This special event will be held in San Antonio’s Majestic Theater. It will be aired on Sept. 12 at 7 p.m. The three television networks, along with CMT, and Fox are listed as the primary broadcast outlets.

Also, Facebook is showing ways to donate directly to Harvey victims. Text the name REDCROSS to 90999. The money from your donations will be released within in a few days.

Crowdfunding sites are being used for people who want to contribute, although warnings are prevalent that donors should be wary. Disclosures on social media state that people should check out groups or individuals to whom they give debit or credit information. Well-known groups like GoFundMe and GlobalGiving are reported to be safe.

Finally, a number of religious groups are putting their money where their faith is and sending relief to the flooded victims of Southern Texas and Southwestern Louisiana. Well-known organizations involved in the effort include Catholic Charities USA, International Orthodox Christian Charities, and World Vision.Other religious groups include the Jewish Federations of North America, the Buddhist group Tzu Chi USA, and the Islamic Relief USA. Additionally, local churches in other parts of Texas are providing food, shelter, toiletries and other things to the now-homeless victims of the storm.