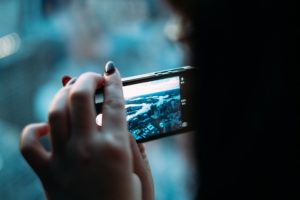 Many of the platforms marketers have used for several years are becoming obsolete, according to Marketing Land. Many of the familiar programmatic features that assisted with the process of brand advertising were developed for the old desktops. Mobiles were not part of the mix. Now, the volume of mobile viewers is far outstripping the numbers of other devices being used, and some of the old platforms are finding it difficult to keep up with their newest competitors that are equipped for multi-channel marketing.

Digital media has doubled in the past few years, due largely to the growth of mobile apps. Smartphone apps account for about three-fourths of the time spent on mobile devices and about half of the time on digital media, overall.

Most of America’s 219 million internet users already utilize multiple devices I their day-to-day lives. A survey by Pew Research Center stated by 2015, almost 66 percent of Americans owned at least two digital devices. More than 35 percent owned three. The titan platforms like Facebook are putting out more tools that are compatible for cross-device marketing.

Focus should be placed on the user instead of the device with platforms that can identify the viewers across multiple devices then use its resources to take the appropriate actions. Also, platforms should have built-in measuring tools for studying cross-device attributions, which would be a plus for marketing. In addition, features should be installed that will store and provide offline attribution, like visits to physical stores, and real-world transactions.