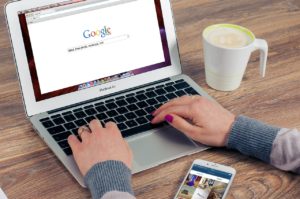 Google has begun fulfilling its promise made last month to put stricter rules and preventative measures in place to cull out ads that direct hate speech at people based upon race, religion, gender, and other categories, according to Market Land. The titanic ad platform introduced the new policies today which included a page-level removal policy based on ad content that uses derogatory terms. Also, the policy extends to the so-called “fake news sites” that has been a second part of Google’s ad problems.

The “broader scope” that now defines the changes to Google’s hate-speech policy includes more than content that promotes violence, but that which uses discriminatory language against people. Google insists that it favors free speech, but it will not allow advertisers to monetize hate speech through AdSense.Technological updates in AdSense will make it possible to shut down a page if violations to the new policy are discovered.

Google stated that only 12 percent of applicants obtain approval into the AdSense program because the other 88 percent are not compliant with the advertising policies.

Hate-speech and “fake news” have been problems in Google and YouTube ads for several years. However, the platform began looking harder into new methods of combating hate speech in March, after an uproar from brands that objected strongly to their ads being placed in close proximity to those of objectionable content.

A large number of high-level brands pulled their ads for Google and YouTube as a result. The advertising boycott began in the UK, but quickly spread into the United States.

7 Things to Keep in Mind When Optimizing Your Mobile Site...

Team KiO -
More people use mobile devices for internet searching, and that number will keep going up as mobile technology becomes easier to use. For a...

Beyond Keywords: 3 Ways to Improve Your Ranking Without Keywords

How Important Is It To Be The First Search Result?

SEO and Water Damage: How to Direct New Customers to Your...