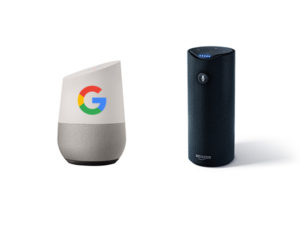 A user survey gave Google Home the thumbs up on its knowledge of pharmaceuticals. However, Alexa, may need a little more study time.  Both voice interactive modules took the same battery of questions pertaining to drugs and side effects.

According to an article in Marketing Land, WebMD recently launched its new Alexa skill, but the voice assistant did not perform very well to some simple user questions about basic pharmaceutical products. Apparently, some of the names of drugs were unclear to Alexa, even over-the-counter stuff like acetaminophen(for migraines) seemed to confuse the module. A report from WebMD indicated that the new Alexa skill was intended to give easy medical information to in-home users.

If Google Home is the standard by which all other voice interactive assistants are to be held, then Alexa fell way short. Where the latter missed on several questions, Google Home came away with an A+, 100 percent. Apparently, Google’s data resources are superior in regards to medicinal information. No doubt, Alexa’s WebMD skills will have to be bolstered before the next challenge.

However, it doesn’t speak well of the product if the consumer’s expectations are frustrated by a shortfall. If someone wants to take something for a migraine, but if Alexa doesn’t have a favorable and helpful answer, the competition might start looking better.

On the other hand, Google had a head start on compiling its medical information long before its Home voice assistant was created. The platform put out its medical app in 2015, emphasizing that the information was far from all-inclusive, according to a Search Engine Land article at that time.