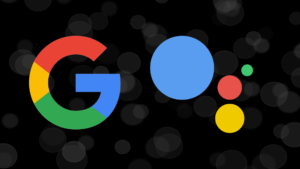 Google is at odds with the British government, Havas, and the Guardian over the placement of certain ads that the British believed to be inappropriate, according to Marketing Land. Google agreed to a compromise to placate officials and companies across the pond, stating that the objectionable ads will be placed in alternate locations. The issue has raised questions and some conservative eyebrows concerning commercial privacy.

It seems the three British ad customers felt certain controversial ads, which advocated extremist views, were placed too close to their own ads, and they took steps to pull their own ads.

Google’s response was politic and apologetic, stating that Google goes to great lengths to protect advertising brands from other displays of what some people might consider offensive. Usually it works well, but occasionally a faux pas will occur. Google assured everyone concerned that they would be updating their placement policies in the coming weeks.

Havas, a European online advertising platform based in Paris, pulled its connection with Google at first because of concerns for its brand customers; but, thenthey backtracked and agreed to continue running its ads as it works with Google to resolve the problem.

The Guardian took a much firmer stance concerning similar ad placement complaints on YouTube. They pulled ads and stated they would not resume their normal business on the site until Google could give more substantive assurance that the incident will not be repeated.

Google has faced a great deal of controversy over offensive and extremist views being shown through its platform and frequently updates its policies to curtail them.