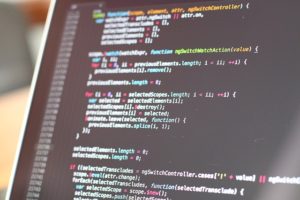 There have been a number conspiracy theories and false facts surrounding the Trump-Clinton election. One fact that was brought to light by federal investigators was the use of “Twitter bots” to work against multiple candidates across several levels of the federal elections, according to Network World. Now, some brands are asking if the same political bash-bots technology could be used in the business world to downgrade their companies.

These Twitter bots were software programs developed to utilize AI forpostingnegative messages. They spread false rumors about certain candidates during the recent election, which some believe sabotaged the campaign of some of these candidates.

This same type of bot technology has been in use for a handful of years for harmless promotion of company products. Now some experts are saying that the same tech could be used in a similar way for unscrupulous business practices, such as smearing the reputation of a company or a high placed officer in a corporation.

They are also advising companies to consider the possibility that this will happen sometime in the future and businessesshould consider strategies on how to deal with it. A negative social media campaign could have very detrimental effects even on an established company.

So far, it has not been attempted, but companies should be on the lookout for false rumors spreading across a social media platform. It would be a fairly simple undertaking for a bot-tech to develop software with false messages to spread across Twitter or Facebook, making it appear that other users are making the claims. If your company comes under attack by these bots, then be ready to initiate a strategy that will disprove the false statements.

Team KiO -
If you’re just entering the world of mobile SEO, it’s a good start to know exactly what mobile SEO is. Mobile SEO is different...

SEO Marketing For Beginners: 3 Ways to Improve Your Online Presence...

How Important is A Website Redesign? 3 Ways A Redesign Can...

Google vs. Bing: Making Your Restoration Company the First Result on...