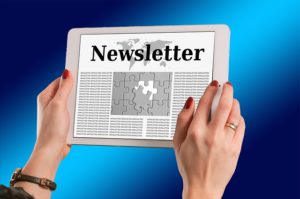 Native ads have a few benefits that other ads do not, according to an article in Marketing Land. The old banner ads are going out style because the native ads tend to blend in with the whole milieu of the website in which it is placed. Where the old banners stuck out like the proverbial “sore thumb,” it native cousins tend to merge into the scenery with an almost aboriginal smoothness.

Some of the online social media titans like Facebook and Twitter are using native ads. Marketing professionals expect the revenues from native ads to rise up to about $21 million by next year because of the built-in benefits.

As a standard rule, customers view large traditionalads as intrusive whether displayed on a webpage or one that interrupts a video with a shorter video. Compare these to television commercials. When do people choose to go to the bathroom? On the other hand, when a small window appears in the corner of your screen, it’s not intrusive but it is noticeable. Also, when Superman threw General Zod into a ginormous neon Coca Cola sign in Superman II (1980), you hada brand that naturally blended with the story.

The fact that viewers are liking the native ads better is a trend that marketing professionals should pay attention to. Native ads are viewed about 53 percent more than other ads. Also, they tend lead to a purchase 18 percent of the time. Also, native ad content has a better chance of going viral than others.

Team KiO -
Running Google Ads allows local businesses to display their products and services in front of potential customers quickly and easily. The days of billboards,...