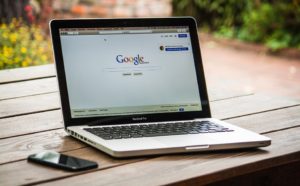 Google has time and again made it clear that AMP needs to be core focus area for digital brands. However, according to latest reports, if a site has a desktop version and decides to skip the mobile version and focuses on an AMP version for its pages instead, Google will select the desktop version for the mobile index. And this is true even if a site does not have a mobile-friendly alternative of any kind.

Also, in the event that a site maintains only an AMP version (no desktop or mobile version), then Google will go ahead and index the AMP version.

If however, a brand wants Google to pick its AMP optimized pages, then it has to use a rel=alternate tag to force Google’s hand via a WordPress plugin. The rel=alternate attribute will essentially direct Google’s crawlers to the mobile version of a site.

A site that is AMP optimized not only loads faster but it also is the more device-friendly option as it works on any mobile device. Of-course given the importance that Google had been and is still continuing to build around its AMP program, this bit of news can be a little surprising if not jarring for digital brand owners who have been taking AMP seriously.

The one possibility for Google picking the desktop version over the AMP version could be perhaps because typically the desktop versions tend to be more comprehensive and contain content that is more relevant to users’ interests as opposed to the content featured in AMP pages.

As Google’s mobile-first index gains more ground, the best way for digital brands to stay safe would be by ensuring mobile gets the focus it deserves via a responsive site and or AMP optimization.