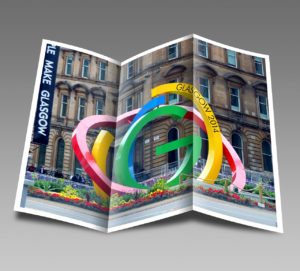 Google has overtaken and surpassed Apple and Amazon as the biggest money-maker brand in the United States, according to rankings released by Fortune.Tech-dominated rankings, designated the titannumber one status with the help of extended valuations, which places its value at $109 billion.

Google’s advertising base is delivering strong revenues, in spite of recent pull-backs by major brand advertisers brought on by controversy over “hate speech” ads run through GoogleAds and YouTube.

Google’s ad troubles began a few weeks ago when a large number of UK companies pulled their brand ads because they were placed adjacent to display ads or videos containing offensive content. The British government summoned Google to appear in the British Cabinet Office. Then, a number of US brands pulled their ads.

Apple is in the number two slot after enjoying the spotlight for the past five years; it fell from last year’s valuation of $146 billion down to $107 billion this year. Problems have arisen from Apple’s lack of new products and older products that are waning in popularity.

Amazon came in third place with a valuation of $106 billion, showing a 53% increase over last year. The online retail platform is believed to be a frontrunner for the number one slot in 2018.

The top 500 American brands have a combined value of $3 trillion, which is an 11% increase. The number 4 slot went to AT&T with $87 billion. Microsoft holds the fifth slot with $76 billion.  The sixth slot went to communication mogul Verizon, $66 billion.

Team KiO -
Generating traffic for your local business website is one part of the equation. What matters more is successfully converting that traffic into leads and...

How to Win Back Customers in the Post-pandemic Era?