Advertising is big business in the social media world. Take Facebook for example. Facebook makes $1billion dollars from advertising revenue from its faithful 1.2 billion active monthly users every quarter of the year. Snapchat isn’t too far behind, although their revenue isn’t quite as much as Facebook’s.

It is no secret that these two social media giants don’t see eye-to-eye. In fact, since the beginning of the year, the two have been at each other’s throats, trying to out-do each other. In March 2016, Facebook purchased Masquerade, a company that is pretty much one of Snapchat’s biggest rivals.

Well, Snapchat didn’t sit back and do nothing. They went out and bought Bitstrips, a company that became popular, ironically, thanks to Facebook.

That’s not all. Snapchat has taken their entire platform to a whole new level, by adding the best features from Facebook’s messaging platform and a couple of other really cool options.

It couldn’t be any plainer. The war has begun, and neither Facebook nor Snapchat are keen on backing down. The battle for advertisers and users has just gone up by several notches.

The way we see it, these two giants, might need to focus on the following two steps to stay in the game.

Step 1: Create a Space Users Want to Be in and Watch as Users Increase

It seems obvious, but both companies had to come to terms with the fact that in order for them to keep their existing clients, while attracting new ones, they needed to create a space users actually wanted to be in.

What this means is that, Facebook and Snapchat have to ensure that their messaging platforms are up to par and have all the features (and more) that make communication easier. We’re talking about the ability to make calls, video chat in real time, create audio notes, text and have the freedom to use creative, expressive emojis.

Facebook went a step further, by adding business related features that allow you to interact with a service such asUber. In doing all this, Facebook is also trying to ensure that their Messenger app is seen as a completely separate entity from the core company.

Snapchat had some work to do on their messaging platform, but they seem to have it sorted out now, and have also increased the number of features available to users.

Both companies have come to appreciate that their messaging and video fronts are completely different entities, which have differing needs. As such, the competition to retain people’s attention on the video platforms is really intense.

Snapchat’s video features include the ability to watch Live Stories and go into the Discover section. Both of these video sections allow the user access to different stories from around the world, as told by publishers.

Facebook had to learn a thing or two about video content before launching, but they seem to have gotten the hang of things now. They are attempting to increase their views and number of users, using this functionality, by encouraging celebrities to use their video streaming service.

Step 2: Show Me the Money! Call the Advertisers

Snapchat typically shies away from outright forms of advertising. Snapchat CEO, Evan Spiegel, at one point once remarked that, over-the-top ad campaigns used by some social media companies were outright ‘creepy’. However, it remains to be seen whether his views will change in response to Facebook’s aggressive ad marketing campaigns.

Facebook isn’t relenting and is also going hard after TV advertisers. This is putting increasing pressure on Snapchat, and forcing them to reveal details to their advertisers that they otherwise wouldn’t have wanted to reveal.

Other strategies that Snapchat is already using to better tailor their ads, includes gathering information such as date of birth (so as to gauge age), investing in gender specific marketing and tailoring ads to particular devices and locations.

Important Facts to Consider and Conclusion

Snapchat has a staggering 9,000 snaps per second, and commands 18% of all US social media traffic. It’s understandable why Facebook, though a much bigger company than Snapchat, isn’t too keen to ignore Snapchat.

Even though Snapchat is barely 5 years old, it has given Facebook a run for its money, especially when Facebook considers their current advertisers, who might be thinking of defaulting to Snapchat.

Regardless of how well Snapchat is doing, at the moment, Facebook is still a bigger social media player. What Facebook needs to do now, is to focus on ways to keep its active user’s attention, while building a video platform that they would actually want to use. Even though Facebook has put in quite a lot of effort in a bid to catch up, they still have some way to go, if they intend on completely overshadowing Snapchat. The easier option would be to buy Snapchat, but then again, we don’t quite see Snapchat CEO, Evan Spiegel agreeing to that anytime soon. 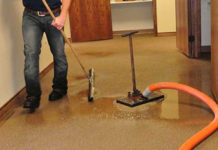 How to Generate Restoration & Cleaning Leads with Facebook Ads 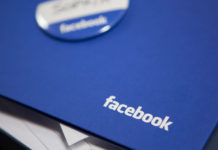 5 Ways Restoration Companies Can Use Facebook To Their Advantage